WAF Newsletter - In the eye of the beholder - November 2020

In the eye of the beholder 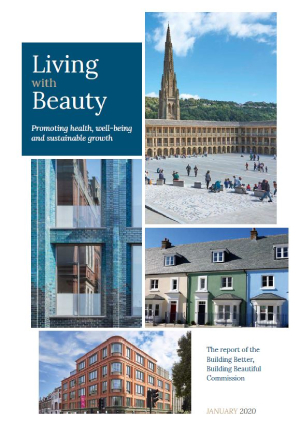 Proposed changes to the UK planning system, based on the ‘beauty’ of design proposals, are misguided, writes Jeremy Melvin.

‘It is amazing how complete is the delusion that beauty is goodness’, wrote Leo Tolstoy in his late short story ‘The Kreutzer Sonata’. By this measure, no body is more completely deluded now than the so-called Building Better, Building Beautiful Commission created by the British Government to advise it on how to infuse ‘beauty’ into their proposed reforms of the planning system.

Amid a great deal of worthy sentiment, as predictable and beyond question as ‘motherhood and apple pie’, this idea runs through its report and the subsequent consultative paper issued in August by the UK Government. The underlying assumption seems to be that beauty is what makes us feel good. There is of course nothing wrong with feeling good (whatever that may mean). Arguably the role of government is to help us all to achieve this state of grace or, as Jeremy Bentham might have put it, to maximize pleasure and minimize pain for the greatest possible number of people. But is the definition of beauty the right tool to do it?

Beauty is a slippery concept: its presence or absence is far more likely to provoke disagreement and argument than, say, peace or concord. This is not just because ‘beauty is in the eye of the beholder’ as the old saw has it. An enormous amount of intellectual effort on the part of very clever people, from Immanuel Kant and GWF Hegel to Roger Scruton and Mark Cousins (both late and greatly lamented), has been expended to prove the precise opposite: that beauty has an objective or at least objectifying basis.

Much of this effort comes under the philosophical category of aesthetics, or Der Aesthetik as it might better be termed. It originated in the mid-18th century when rationalist philosophers recognized that emotions were not lightly to be dismissed. According to critic Terry Eagleton in ‘The Ideology of the Aesthetic’, the discourse originated as a way for rationalism to understand, structure and control sensation. 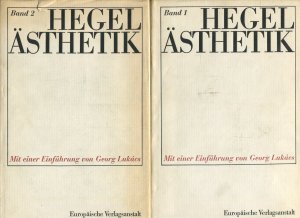 For Kant, in the early days of this discourse, the aesthetic was both a test and exemplar of his ideas about how judgments could be reached through reason. A generation or so later, Hegel developed a cycle of lectures on the subject during the latter period of his life, when he was a professor in Berlin (published in 1835, four years after his death in two door-stopping volumes as Der Aesthetik, for which no full English translation was available until 1975).

Hegel paid lip service to Kant, but his real achievement was to create a coherent system to understand the arts, from the fragments of the great German contributors to art theory, including Schiller, Goethe, Winckelmann and the Schlegels. Even so, TS Eliot was not impressed when he opined in a letter that, ‘Hegel’s Philosophy of Art [ie The Aesthetics] adds very little to our enjoyment or understanding of art’, though he acknowledged that ‘it fills a gap in Hegel’s philosophy’

About 20 years ago, Mark Cousins published a paper of Tolstoyan perceptiveness in which he drew attention to the yoking of ‘the good, the beautiful and the true’ for no reason other than convention. He pointed out the logical and ineluctable corollary to this as a comparable junction of ‘the bad, ugly and false’, which only shows how misleading is the first set of assumptions.

Tolstoy had elaborated his point: ‘A handsome woman talks nonsense, you listen and you hear not nonsense but cleverness. She says and does horrid things, and you see only charm. And if a handsome woman does not say stupid or horrid things, you at once persuade yourself that she is wonderfully clever and moral’. It is not even necessary to substitute the sentiments of bad, ugly and false into this frame to see how misleading this convention can be.

As for Scruton (RIP), he was the guru behind the’ beauty commission’, though its political supporters perhaps overlooked his intellectual sophistication. His book, The Aesthetics of Architecture (1979) caused a stir in architectural circles for its intellectual underpinnings of sentiments expressed by David Watkin and slightly later Prince Charles. However, he does at least acknowledge the complexity of making judgments about architecture, though he remained in thrall to the notion of beauty as the measure of quality – and following this the/his commission has extended its definition of beauty beyond any reasonable limits. 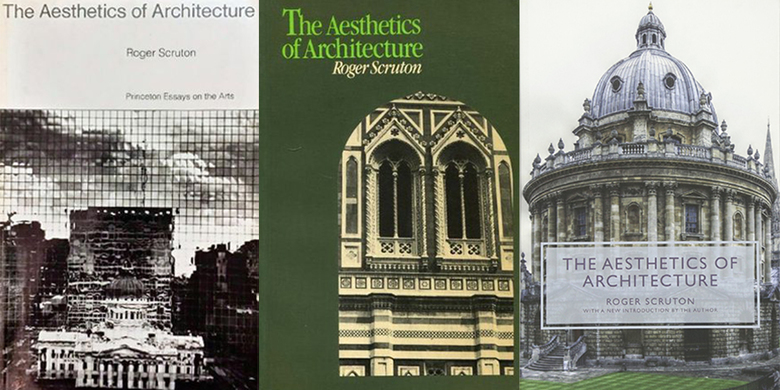 The problem with the Commission’s work is that it assumes that what is beautiful is what makes us feel good – so what makes us feel good is beautiful. If that were the end of it, it would be a harmless if familiar circular argument, but a bigger problem lurks underneath. By evoking beauty it opens a can of worms. Sometimes I might prefer ugliness to beauty, or may want to be lifted from my comfort zone.

Edmund Burke recognized this condition in his 1757 tract, ‘On the Sublime and Beautiful’. He argued that the sublime challenges, while beauty reassures. Even Marc-Antoine Laugier, whose elegant and unashamedly rational Essai sur l’Architecture of 1756 made him the high priest of rationalist architectural theory, acknowledged that sometimes he went weak at the knees on entering a Gothic cathedral and had to struggle to regain his composure to identify the numerous ‘errors’. 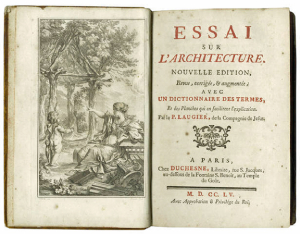 In different circumstances to those promoted by the Beauty Commission, the association between the good, beautiful and true was very convenient for architects. Modernist theory promoted ‘truth to materials’, which once achieved must have been ‘good’ and ‘beautiful’. This condition, self-evident to the Modernist mindset (if no-one else), allowed architecture to elide discussion of beauty, because it was a necessary by-product of truth, and goodness, another phenomeno -- through its claims to social amelioration – in respect of which Modernists thought they had a monopoly.

So can beauty be a useful concept in the judging of architecture? It would be tempting but deceitful to answer entirely in the negative. One of the most perceptive recent contemporary commentators on beauty is the Harvard professor Elaine Scarry. In her book ‘On Beauty and Being Just’, she goes some way to reassembling a relationship between beauty and justice, which is not a million miles from goodness. She cites the way in which the idea of beauty encourages positive emotions, such as the wish to reproduce both the object and the sensation (drawing a beautiful scene, singing a beautiful tune, sexual reproduction with a beautiful person). From these feelings it is possible to postulate a series of interactions that might amount to being just.

No doubt the clumsily-named Building Better, Building Beautiful Commission would be delighted if its work encouraged aesthetic reproduction. However, its propositions to date lack the sophisticated corollaries of Scarry’s argument.