We often find ourselves wandering through the older parts of cities, in famous destinations like the Marais in Paris or Bloomsbury in London, or sometimes less well-known like the Fatih District in Istanbul or the French Concession in Shanghai, writes David Green. Wherever it may be, these places are generally walkable, diverse, varied, and engaging. And they seem always to elicit the same question—why can’t we make places like this today? Of course, there are myriad reasons why places like these, created by previous conventions, remain elusive to the current planning and design of cities. It is necessary to understand what traits are shared across these urban areas to address this question. 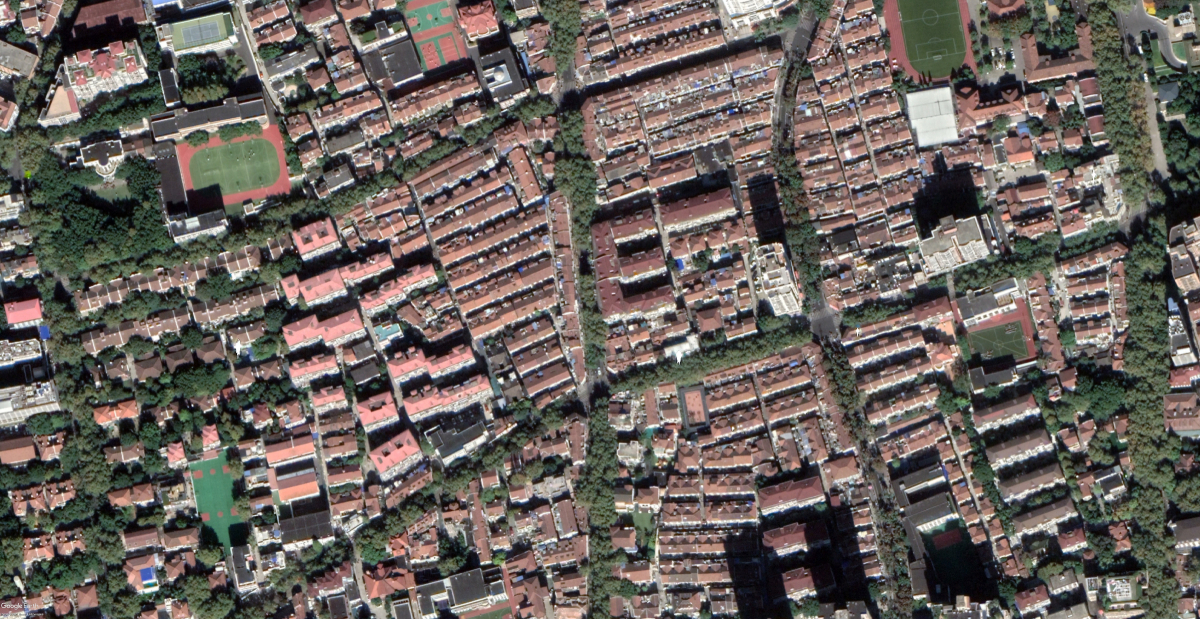 Enchanting urban spaces that are walkable, beautiful, and vibrant exist throughout the world in many different forms, densities, styles, and varying states of rehabilitation. However, the one consistent characteristic common to all these areas is that they were developed incrementally, over time, evolving with each addition. The additions can vary in size and frequency and be more or less consecutive, but the basic idea is that city growth occurs through the completion of small projects. Historically, whether more regular in pattern, as with the Roman town, or less consistent like the Medieval city, this is the process of subdividing land. In either instance, the increment of development—the subdivided parcel—was small. This seemingly arbitrary growth was true regardless of a centrally derived town plan or a city that grew by planning on the margins.

In many cases, the idea of incremental growth is referred to as an organic progression. While wandering through Marrakech, for example, one isn’t thinking about the small, marginal, and gradual planning process that drove the city to its current form. Instead, the mind contemplates the irregular pattern of the inviting “organic” streets. This perception is a misapprehension in which organic composition comprises forms that are not regular or orthogonal, thereby clouding the actual underlying characteristic of the city’s development. That is, the seeming randomness of the city’s development pattern isn’t the result of its level of incremental development. Instead, it is a reflection of the type of incremental development. It is a city developed in the absence of a projected, planned public framework. 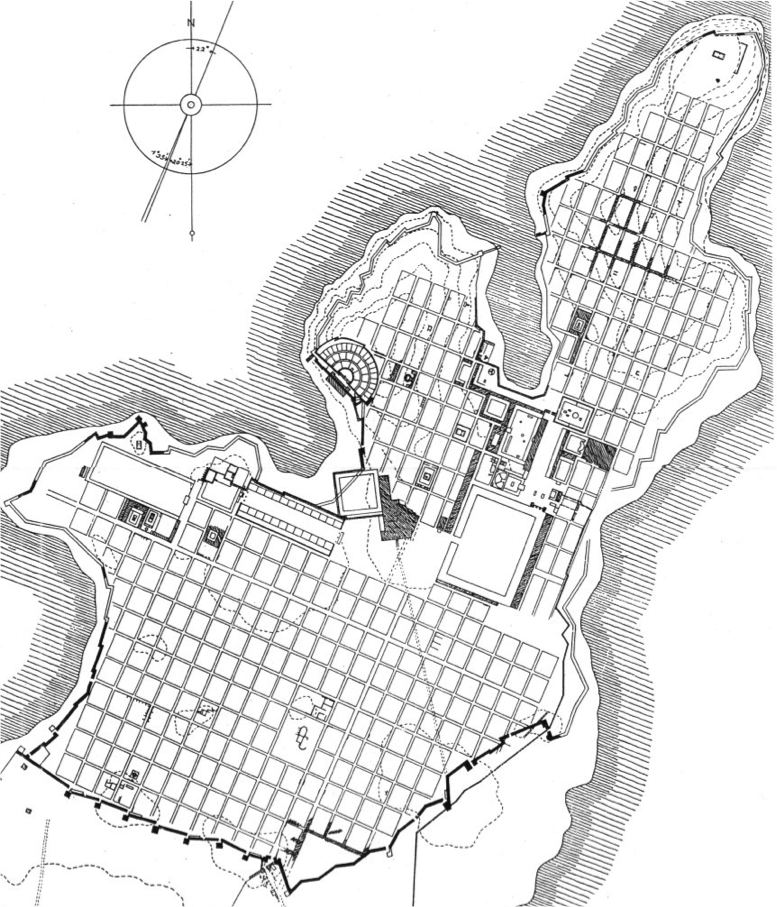 Whether a city possesses a proposed public framework as with Hippodamus’ Miletus, or it does not, as in the case of Chinon’s historic center, neither are indicative of the level of incremental development intrinsic to expansion. New York and its gridiron framework, a series of rectilinear forms, buildings, and orthogonal streets, reflects a prime example of this sort of progression. Its structure is not perceived as incremental by virtue of the projected plan with its generally straight lines and right angles. And it is certainly not commonly referred to as organic. However, development happened in a primarily incremental manner, and in many ways, organically, although operationally organic, not compositionally organic. The city grew through a large number of small changes. Along with New York, Paris and London also offer prime examples of this concept. 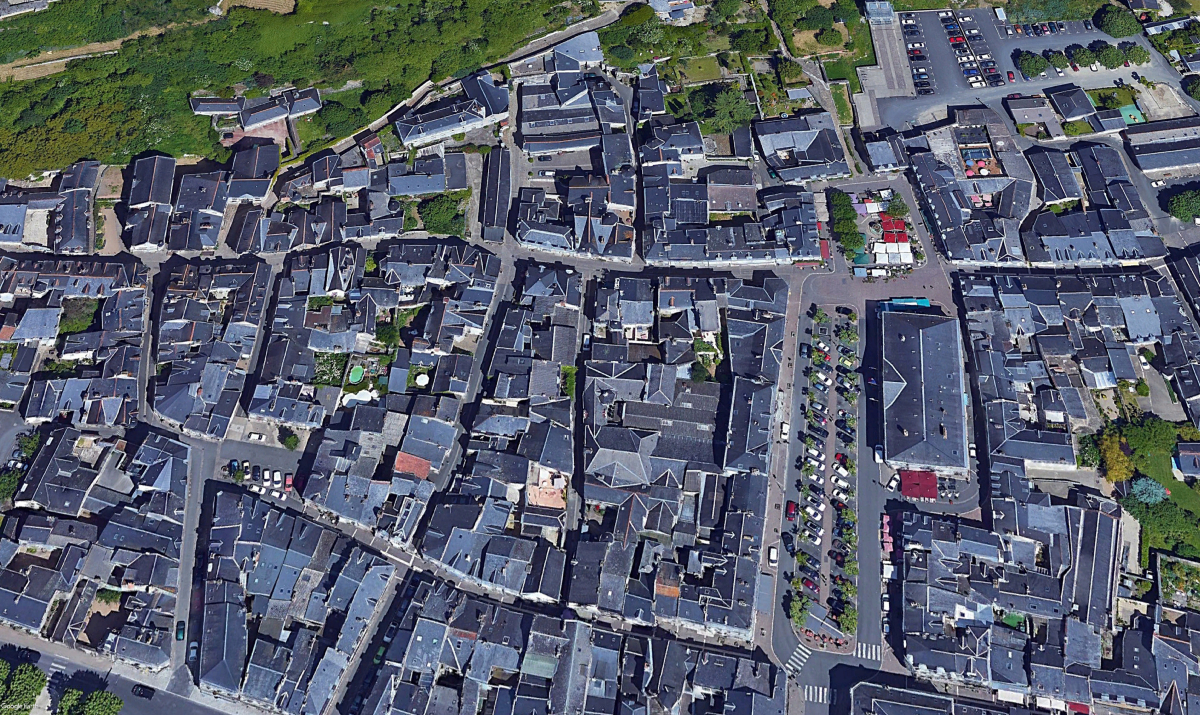 New York is a rational, gridiron plan. Paris is a series of generally straight streets that aren’t parallel. London is a series of not-so-straight streets that are rarely parallel. In the compositional sense of the word, organic somehow equals irregularity of form. By this assessment, it is probably accurate to say New York is the least and London the most organic of the three examples. But in the operational sense of the word, organic represents an incremental process of development over time, with many small projects developed individually. In this operative way, New York, Paris, and London are all generally equal in terms of the incremental growth levels that produced each city. They have all evolved over time, with little in the way of planned-use distribution or zoning, except the parts retroactively placed as overlays. There are all sorts of different projects and buildings, with different uses, styles, heights, densities, and so forth, each distributed in a very diverse pattern throughout all three cities. In this analysis, the three cities have the same general development level, often described as incremental. And the variety of small projects, the result of their incremental histories, is present in all three, at the very highest end of the spectrum of gradual development for large cities globally.

Nevertheless, none of this answers the question of why we can’t make cities like this today. The answer, however, is hidden in the phase: They have all evolved over time, with little in the way of planned-use distribution or zoning. Today, almost all planning starts with a projection. This is like mapping out potential future uses with precise planning zones across areas to be developed and includes new cities, redevelopment areas, and pretty much every development, regardless of scale. All planning starts with and is supported by this legal framework and conventions that make changing the process virtually impossible.

Manhattan’s legal land-use and zoning plan offers a startling and grim example of how actual development occurred over the past 200 years. This plan shows the increments of use and how development is a clear and compelling representation of an incremental growth pattern. It is a variation of use and an interpretation of building form. It is hard, if not impossible, to walk down any street on the island and think those vast areas were driven by one hand, with one overarching imposition of style, use, and execution. The city was clearly piecemealed together incrementally, against the backdrop of small twenty-five-foot-wide parcels, minuscule increments of subdivision, developed over two centuries. In this sense, it is wholly organic operationally, meaning it grew through thousands of individual decisions about developing separate parcels. Yet, it is also entirely rigid in its plan as an orthogonal framework. Clearly, these two ideas are not mutually exclusive. A city can be both a relentless grid and at the same time incremental, or even when defined as an operational process, organic. It doesn’t look organic in the way we think of compositional variation, but it is organic in the way it operates. 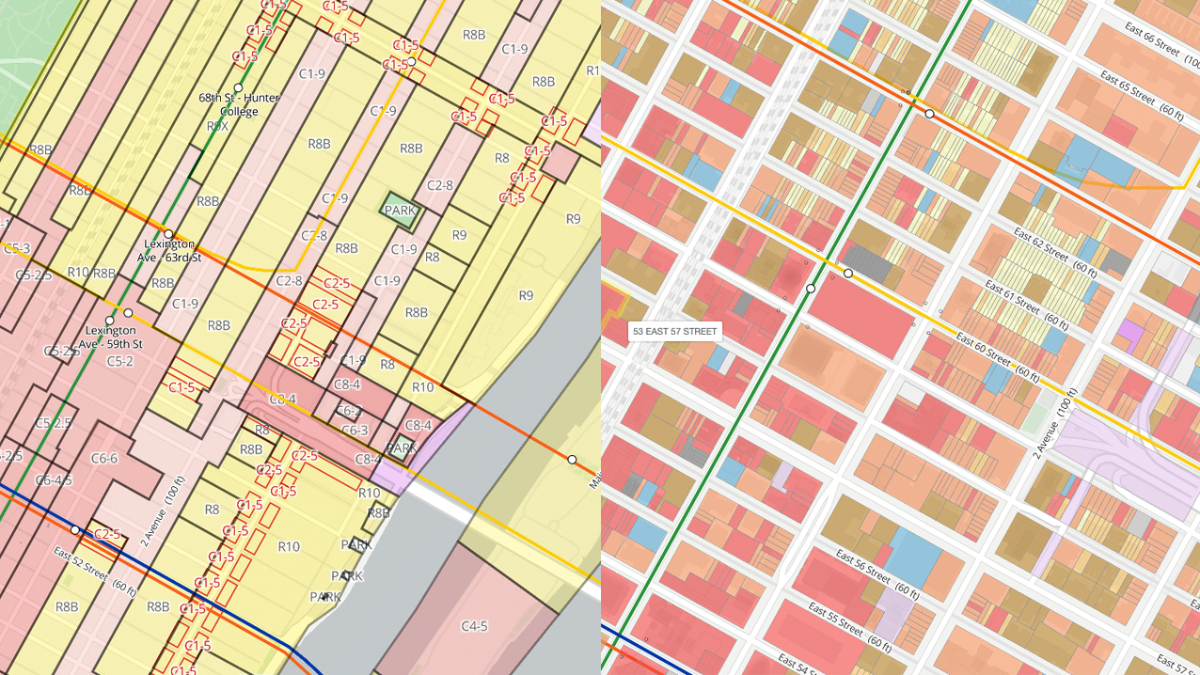 When the two maps, actual uses and projected, legal uses, are juxtaposed, the disparity is startling. They provide clarity as to the fundamental difference between the two methods for perceiving and driving the development of cities. They are also grim because they represent, through the projected-use categories, the imposition of a system that legally precludes the emergence of places like Manhattan, or the Marais, the Hamra, the French Concession, Chinon, or the thousands of other wonderful cities and towns from ever being allowed to materialize. Therefore we don’t make magnificent cities any longer.

Most of the world built today isn’t New York, central Paris, or central London, or any of the other wonderful places we find speckling the globe. Most of the world built today comprises dendritic cul-de-sac suburbs, disconnected business parks, destination retail, lifestyle centers, multifamily clusters, or some variation of all these things. This description is true in the Americas, Europe, Africa, the Middle East, Asia, and Australia. The vast majority of expanding cities, new towns, and redevelopment projects are not planned or designed to be incremental. Instead, they are implementing broad land-use plans that, in most instances, are organic in form, with curved streets, disconnected from their surroundings to ensure singularity of use.

This compositionally organic planning strategy, supported by land-use as the primary element of projecting new development, creates a situation where the operationally organic process that produced places like the Eixample and the Centro Historico in Barcelona is almost impossible to realize. These are places where everything is the same, by and large, and each of these areas is accessed from an arterial, leading to a park where everything is an office or retail or single-family residential or multifamily residential, or industrial. And, of course, most of these places were designed to be organic.

In the end, this is an important distinction, the two variations on the word organic, because what we want is incremental growth that can unfold and change over generations through many small decisions. But what gets substituted for this complex and evolving process is the instant gratification and bureaucratic certainty of projected use. We are much better served first to understand operationally organic, incremental development through very small parcels, whether centrally planned or planned on the margins, and then move on to the form of the places we are making.

The answer to the question of why we can’t make these places today isn’t that we can’t, but that we won’t. For a variety of reasons, the law and the conventions of city planning stack against it. Stand up in a conference on planning cities and suggest abandoning all land-use designations. Then propose a new city with no initial use designations and recommend redevelopment districts shouldn’t have zoning categories. (After all, once you zone something mixed-use, why do you need to designate uses?) Do this and watch the fellow conference-goers to whom you are speaking give you a look like you are crazy. They will tell you it’s simply not possible. But the reality is that almost every wonderful place constructed over the past 2,500 years was done precisely this way, in the absence of projected land-uses, but with the presence of small, incremental subdivision, developing parcels.

Epilogue: I have been doing this long enough now, more than thirty years, to do away with land use as the driver for planning cities. And because I’ve done this so long, I know people will respond by 1) pointing out positive examples of projects or 2) giving examples that seem to argue for land-use separation due to safety issues, such as not putting a landfill next door to a house. The answer to number one is yes—there are some examples of incremental planning, but they are extremely rare, and even many of those projects that appear to be incremental aren’t. The answer to number two is no—you don’t want to put a landfill next to a house, but you do want to put a lot of other things there. So, let me reframe the question and ask—what are all the things you can (and should) put next to a house?

David Green is Principal at Perkins & Will and will be speaking at this year's World Architecture Festival live in Lisbon in December.