April showers are commonplace in England. This spring, a shower fell inside the House of Commons, with MPs having to abandon an arcane debate on tax policy. ‘I hope I can complete my speech before rain stops play’, said Justin Madders, Member of Parliament for Ellesmere Port, a famously wet corner of England. ‘I think there is probably some kind of symbol, about how many people view how broken parliament is, going on here.’ 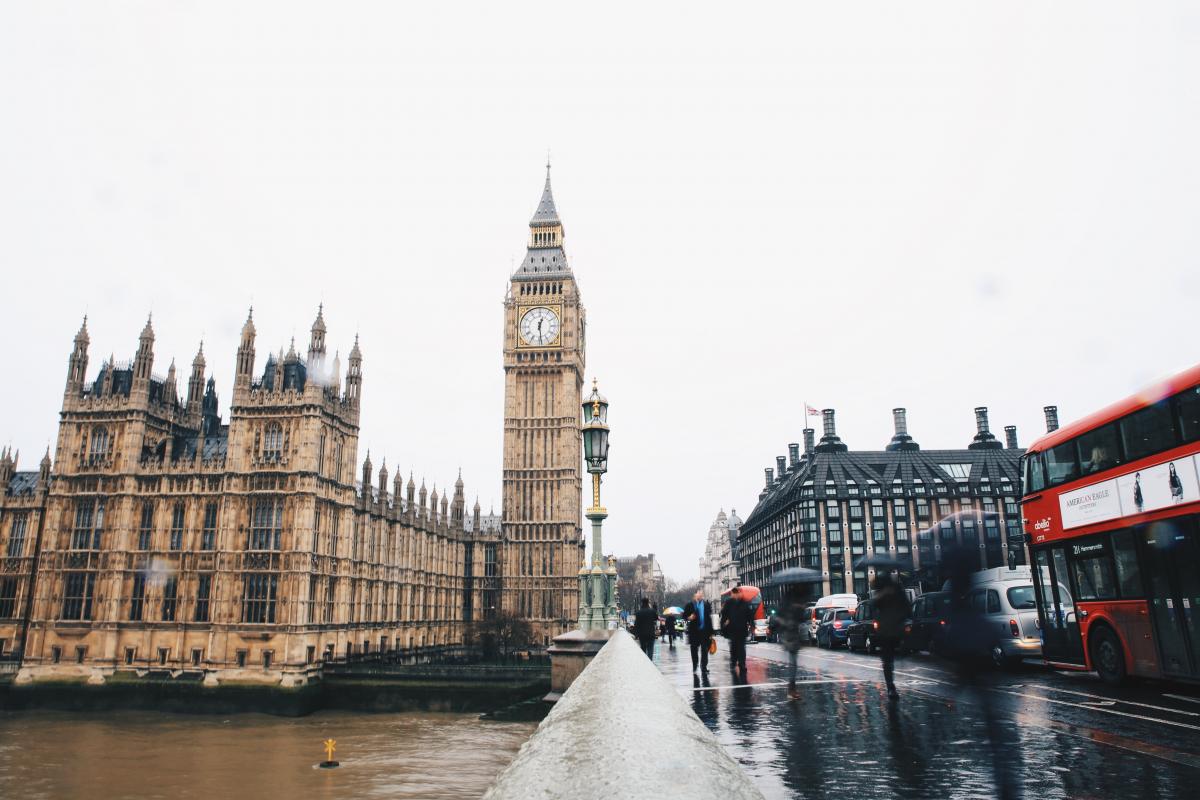 Mr Madders was referring, of course, to thunderous political divisions between those MPS who want the United Kingdom to leave the European Union and those who wish it to stay in. The water spraying the chamber was, in fact, from a broken water pipe. The labyrinthine Victorian Gothic Palace of Westminster, built in soft limestone, has been falling into a state of physical decrepitude for decades. A multi-billion pound restoration has, like Brexit, been much delayed not so much for the costs and time involved, but because many members of parliament are against abandoning their traditional debating chambers, lobbies and bars.

Why? Tradition, of course, and the fact that the charismatic parliamentary palace designed by Charles Barry and Augustus Welby Pugin has long been a symbol, in time of war and peace, of British democracy. There is, though, something else. Many, if not all, MPs like the House of Commons – complete with its confrontational benches, its scale (whereby politicians are squeezed shoulder to shoulder), and the fact that in key debates there is standing room only for those unable to find space on a bench.

The sense of drama engendered by so many opinionated people crowded into an intense timber and leather-lined box is heightened by high, theatrical architecture. Its very lack of modern comfort makes the House of Commons a particularly animated place, especially with MPs free to move around and the Speaker calling “Order!” when chaos threatens.

The fear many MPs have is this: decanted into some temporary building or, worse still, a permanent new home, the Palace of Westminster turned into a museum, heritage shopping mall or luxury flats for Russian, Arab and other international business magnates for whom democracy is an eccentric British foible best consigned to history books. They fear losing the intensity, the storms and showers of tempestuous debates so characteristic of the spikey gothic Palace of Westminster.

The pressure is on today for new parliamentary chambers to be as comfortable as possible - air-conditioned, triple-glazed, evenly heated, no chance of rain much less the sound of traffic, birdsong, passing aeroplanes or the common people – but also wholly anodyne. An architecture of consensus rather than dissension, of concord if not , which could be heard in supersonic days gone by on its Jovian approach to Heathrow over Westminster.

It was the stench of the cholera-laced River Thames wafting through the windows of the Palace of Westminster in the hot summer of 1858 that prompted the munificent sewage system, designed by Joseph Bazalgette, and with it the cleansing of London and the construction of generous embankments along the city’s riverbanks.

In trying to rid buildings – offices, hotels, airports, conference centres, shopping complexes, airport terminals, parliamentary assemblies - of any kind of perceived lack of comfort, or weather, we are shaping an interior world increasingly bereft of physical sensation, energy, imagination and debate. Who - aside from fast-breeding management – wants to sit in hermetic meeting rooms pretending to listen to boring people spouting monotonous streams of Ted-talk jargon, when they could be properly awake, fully alive, walking, conversing naturally and thinking creatively?

Whose jobs have been the more exciting? The driver-operators of modern electric trains sat alone in air-conditioned, triple-glazed office-like cabs with only digital displays to indicate speed, or the crews of express steam locomotives, up and about, working hard as skilled teams and in tune with the elements and an unmitigated sense of speed? Their very machines generated clouds and rain.

Is a hotel room with no opening windows and silent views beyond them, somehow better than one with a window you can open, listen to the city and hear the patter of rain? Isn’t the excitement of dashing between shops, their awnings and welcoming doors in showers of rain more fun than traipsing gormlessly through air-conditioned malls?

Did Pericles encourage fellow Athenians to make their city great sitting in a soulless meeting room? Architects have been taught to make buildings that make us sit and keep us quiet, bored and dry. Sometimes, though, architecture needs to be a little uncomfortable to allow us, and our politicians, to be fully alive – if not drenched to the skin.