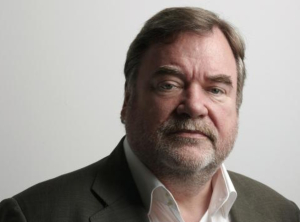 It is diversity rather than Covid which is informing architectural debate in the capital, writes Paul Finch.

Concerns about the lack of inclusivity in UK architectural culture has led the Royal Institute of British Architects to appoint, for the first time, a ‘Diversity Director’, at the not inconsiderable salary of £75,000 per annum.

Nobody is arguing that diversity is not a ‘good thing’, but questions are being raised about where the boundaries of diversity lie. For example, demography is the main determinant of the overwhelmingly white nature of the UK architectural profession, and it will take many years before that ceases to be the case. Change can take place over time in a profession where, 30 years ago, fewer than 10 per cent of practising architects were women; that figure is now heading towards 50 per cent in respect of large practice employees, less so in the tiny firms that constitute the bulk of the profession.

But if the trajectory is moving in a good direction, is that sufficient to satisfy critics of the status quo? Absolutely not. They want change, and they want it now. As a result of strong lobbying, London Mayor Sadiq Khan has begun to demand greater minority ethnic representation of architects on London borough ‘frameworks’, of practices who may be appointed to carry out publicly-funded work.

How does experience and proven competence in designing and delivering projects contribute to framework selection? In theory all the time, but as with any emerging practice grouping trying to compete for work, if that is all you insist on then it is very difficult for young and relatively inexperienced offices to get onto framework lists. This would be true of white as much as black practices, but the desire to promote BAME professionals is understandable – and reasonable provided it is not at the expense of competence. No-one cares what colour an architect is if the building fails.

This leads on to another question, related to frameworks where ethnicity is an informing factor in who gets on the list. The question is whether it is reasonable to say that only black architects are capable of understanding the building needs of black clients/communities; if so, would it also be reasonable to argue that only white architects can understand the needs of white communities?

For your correspondent, the answer to this two-part question is very simple: it is drivel, and dangerous drivel at that. But is an argument that is being express in other contexts. For example we have already seen a prominent gay television writer in the UK arguing that only gay actors should play gay characters on-screen. But if that is the case, would it ever be appropriate for a gay actor to play a straight character? And if so, why so?

The worry is that the liberal education which architects need to undertake could be undermined by the narrowest of belief systems in respect of how work should be awarded – on the basis of anything except talent, experience, and demonstrable capability to deliver what it is that clients (and ultimately occupiers and users) need from their buildings. We can do without an apartheid taxonomy of different community types when it comes to the business of providing the environments in which we live, work and play – and change.

All this discussion takes place against the backdrop of the ongoing public inquiry into the catastrophic Grenfell Tower fire, where the competence of multiple (white) parties has been called into question, along with the possibly fraudulent manipulation of fire testing results, allowing inappropriate building products to be specified and installed, at terrible cost to human (often black) lives.

Whether or not official advice and local authority procedures were ambiguous, or just plain wrong, is now a moot point, because the government has now launched a multi-billion-pound compensation scheme to help the unfortunate leaseholders of apartments with suspect cladding, which cannot now be sold. This freeze is jamming up the housing market, adding to the woes resulting from the pandemic.

Will architects benefit from the reconstruction which will now take place across the country? Will they want to, given the massive increase in professional indemnity insurance premiums resulting from concerns about Grenfell? Nothing is certain in these trouble times; the only comfort currently is that the UK construction sector is still holding up – unlike the rest of the economy.