It is an extraordinary coincidence that two of the past buildings of my old practice Paul Hyett Architects – both of which featured as building studies in the Architects’ Journal – should have been indirectly connected to the tragic events surrounding the Grenfell Tower fire, which made headlines around the world in 2017.

One was the Fire Research Testing Station, completed in 1995, was constructed for the UK Building Research Establishment at Garston, north of London. Here, materials and components are tested under fire conditions and the results are used to inform the performance data that is so critically important to those who select products for incorporation into buildings. The facility is also used to test samples taken from fires in order to produce information that will assist the investigations that inevitably follow serious incidents.

The other building was the London Ambulance Service ‘Back-Up’ Control Centre in East London. It provides a fully functioning unit that can operate independently of the main control centre at Waterloo. It is sadly the case that budgets for such facilities – both capital and operational – are usually under great pressure; indeed, many doubts were expressed about both projects at the time of their construction.

Making the case for the ambulance centre was especially difficult. Despite the clear need for such a facility in the event of a complete failure at the main control base, the availability of the facility for use by other services – such as police and fire – at similar times of stress, or as a combined control centre at times of major incident, or even national emergency, was never taken seriously by any but those dedicated professionals who are expected to manage both services and public behaviour in times of crisis.

I am thinking of hypothetical events like two passenger airliners crashing over central London: a total of as much as 1200 tons of plane and 400 or so tons of high octane fuel raining down on a busy Oxford Street or Piccadilly, creating a path of debris and a fireball half a mile or longer across our city. How would we respond?

Mercifully, we have never in peace time faced such carnage but in living memory, events at Schipol and Charles de Gaulle are ghastly reminders that such threats are ever present. The former involved El Al Flight 1863, a Boeing 747 cargo aircraft, which crashed into the Groeneveen and Klein-Kruitberg flats in the Bijmermeer neighbourhood of Amsterdam at 6.35 pm on 4 October 1992. The plane, on route from JFK to Ben Gurion airport, had stopped over at Schipol for re-fuelling and a crew change. It crashed while trying to re-land following catastrophic mechanical failure. Three crew members and a single passenger plus 39 residents of the flats were killed. All ten floors of the flats were destroyed by the impact which generated a fire of ‘gigantic proportions’ some 120 metres wide and the length of a football pitch.

A crash on the afternoon of 25 July 2000 led to the death of all 109 passengers on the Air France Concorde and four people on the ground. Again, the fire was intense and enormous in scale, albeit in a sparsely populated area.

The point of recounting these serious and tragic incidents is that like any other major incident, they place immense demands on emergency services both in terms of the immediate response, and the longer-term medical care of the many critically injured people. Having adequate response plans in place, tested, re-tested, regularly reviewed and rehearsed in anticipation of such events is, as we now see with Covid-19, of huge importance. This involves people, trained and at the ready; equipment, sophisticated and adequate in quantity; and facilities, maintained and constantly tested in order that our responses are speedy, adequate and enduring.

And yet here we are with the Coronavirus tragedy unfolding around us and a seemingly inadequate capacity to meet the challenge in terms of medicines, PPE clothing, equipment and hospital facilities. The daily briefings in the UK have increasingly offered a picture of severely strained resources and inadequate preparation. Although seemingly restrained, media interrogation of the government and its medical and scientific advisers points to weaknesses in supply and logistics which, to the many watching, must beggar belief.

But there is a parallel story that has yet to be told in full, of extraordinary strategic skill and operational logistics, led by the scientists and medical leaders who have managed to interrogate a variety of scenarios based on statistical forecasting, and through such analysis, to plan, despite all the obstacles, the supply of human resources, equipment and facilities that have been made available. Of course, we would all wish to see better, particularly those in the front-line whose need for adequate PPE is so great, but we should also acknowledge that we are witnessing the most incredible achievements during these dark hours.

The speed with which the ‘new’ 4,500 bed coronavirus hospital has been delivered at the Excel Centre in East London, the largest intensive care unit in the world, is astonishing. The story goes like this: on Friday 20 March my friend James Middling, who is Global Director for Built Environment at the global engineering company Mott MacDonald, wrote to the Department of Health & Social Security and the National Health Service offering support as a response to the anticipated surge in demand for hospital beds. London’s Excel exhibition centre was assessed the following Monday, conversion work began on the Wednesday and the facility was opened on 8 April. A quite astonishing achievement and a testimony to the skills of all involved. 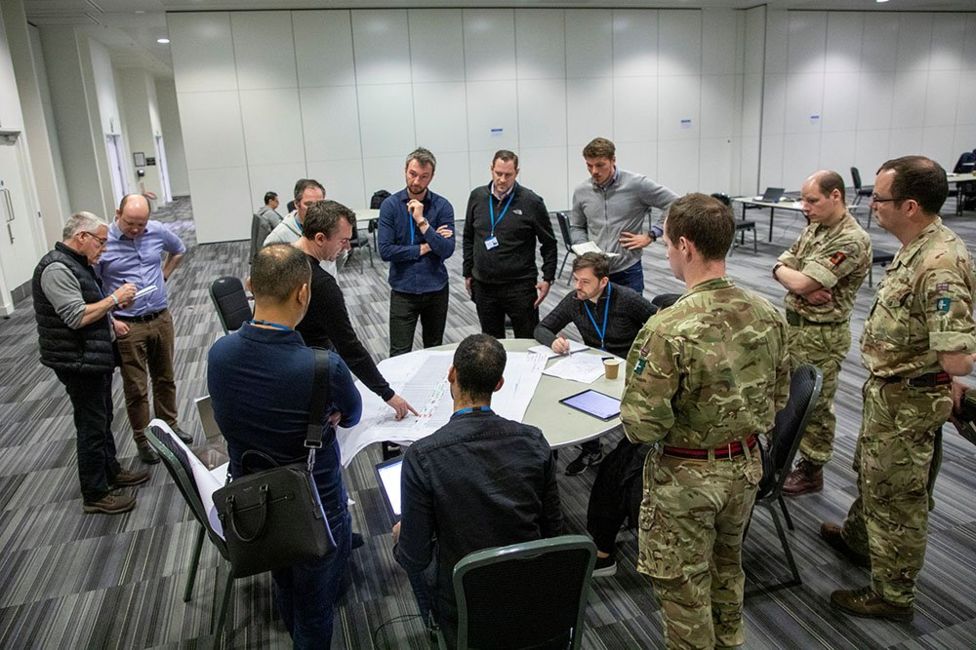 A clinical team planned the areas that would be dedicated to patient treatment, their priority being beds and medical equipment, while a second team focused on the provision of the supporting infrastructure: that is the ambulance stations, vehicle washdown areas, mortuary, storage zones, staff canteens and welfare areas and residential accommodation for staff within 25 nearby hotels. Provision was also made for auxiliary and back-up power supplies, water and waste disposal; for access and egress, parking and marshalling provisions for ambulances, delivery and service vehicles, for staff vehicles and public transport, for those shuttle buses that connect the facility with the staff residential accommodation, and for general and dangerous clinical waste. Fire safety, security, signage and wayfinding as well as IT and communications also needed attention prior to the facility becoming operational.

The team, including architects BDP, has now moved on to providing integration and programming support for four further surge capacity facilities at Cardiff, Manchester and Glasgow, sharing knowledge and the benefits of lessons learned, expanding the capability of a team that is now receiving requests for help from around the world.

Through such experiences as major incidents, accidents and disasters, and now this pandemic of unprecedented scale, a new professional discipline has emerged; one based on the enhanced experience required to provide and co-ordinate rapid and appropriate skills and support; that can provide the integrated common data environments required for collaboration, information management, communication and document control between multiple parties and technical leads; one that will continue (when Covid-19 is all over) to build knowledge for an ever-expanding information base that can inform future emergency planning; and one that can maintain an approved list of capable and trained contractors for all service disciplines and which can provide management and governance to oversee the responses to future high-speed and high-risk scenarios.

So next time you witness those well-intentioned mainstream journalists expressing astonishment at the apparent chaos and inadequacy of the responses to incidents such as the Covid-19 crisis, it is worth sparing a thought for all those who, in normal times, struggle so valiantly to make the case for the manufacture and stock-piling of the equipment and facilities that we require for such situations, and the training and re-training of all those who we will need to lead and deliver the responses. Being prepared, as we are seeing, is vital.