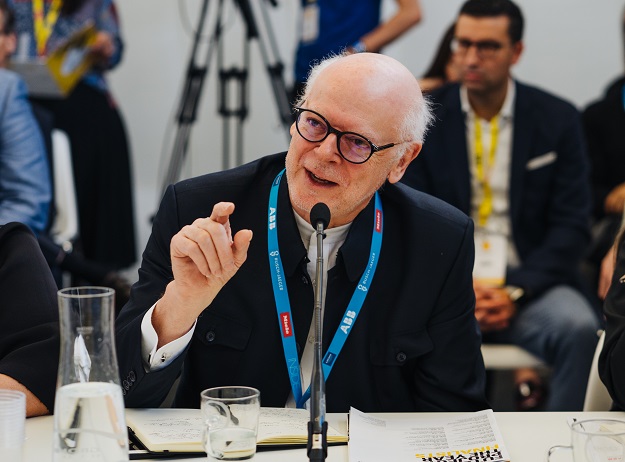 This time last year, we had just completed a holiday tour around Europe which took us from the north coast of County Donegal through 12 European countries, writes Paul Hyett.

All that freedom is now a world away. We could neither afford the four-week time extension necessitated by the two-way quarantine restrictions on most remaining holiday destinations, nor face the prospect of flying virtually solo to some far away land. When fully loaded, such long-haul journeys demand some 40,000 gallons of aviation fuel, which at around 130 gallons per person is about double the fuel consumption required for a car journey for the two of us across the same distance. Air travel is bad enough anyway, but to fly in an under-occupied plane is nowadays little short of criminal.

So we opted for an alternative long-haul journey: 82 miles on a canal narrowboat from Stoke Prior in Worcestershire to Nottingham. The journey took us through Birmingham, centre of what remains of the UK’s navigable waterways, which at their peak in the early 19th century comprised a network of some 4,000 miles.

Many are familiar with the key steps that led to the creation of that brilliantly engineered transport system. Hauling raw materials and manufactured goods had hitherto been slow and expensive; land transport (horse and cart) moved little faster in the 18th century than it had in Roman times. The most efficient way of shifting heavy goods over long distances was by sea: a regular coastal shipping service had been operating to transport coal from Newcastle to London from at least 1305.

Estuaries and rivers were critical to that system, and navigability was extended on many rivers through the introduction of dredging and systems of weirs and locks, used to regulate and maintain water depths. From about 1600 to 1835, the expansion of the UK’s navigable waterways was achieved through the construction of an extensive canal system, allowing the transportation of heavy goods deep inland and pretty well throughout the country. The canals which linked our rivers and cities provided a transportation network which had no precedent.

All of this was driven by economics, as was the demise of its viability as a transportation system. Those economics are fascinating.

A single horse could pull just over half a ton of load on a soft road, while three horses could manage two tons on macadam-, which were introduced from the early 19th century. This improved to around 8 tons for 12 horses where wagons ran on iron rails, but hills produced enormous obstacles. By comparison, along a narrow canal path a single horse could pull up to 50 tons.

Getting bulk materials such as coal and foodstuffs to cities was critical to the growth and processes of industrialisation, but equally critical was the freeing up of manpower and more critically, horses, to support the massive outputs required of agriculture to support the growing cities. Hence the oft-made claim that the industrial revolution was a consequence of an agricultural revolution.

The economics of building a sophisticated canal system across varied terrains were challenging, which is where genuine value engineering came to a level of sophistication not seen subsequently in the British construction world. It puts to shame the version that cost consultants today peddle as some sort of science.

Every mile of that navigable waterway system was planned against three fundamental cost options: first, follow the contours with occasional cuttings, embankments and even aqueducts; second, cross the contours with a system of locks up and over the hills; or, third, tunnel. The results of this planning was manifest in some of the most ambitious and brilliant construction and civil engineering ever seen. And it’s mostly still there to enjoy..

Some 2,200 miles remain of the original 4000-mile system, including 1,569 locks, 53 tunnels, 3,112 bridges, 370 aqueducts and 74 reservoirs that were required to ‘feed’ the locks. Of these the deepest lock (Tuel Dale on the Rochdale Canal), is about 6m deep. The longest single flight of locks is the infamous Tardebigge flight on the Worcester and Birmingham Canal which rises 70m courtesy of 30 locks. At 3.24 miles, the Standedge Tunnel, which enables passage beneath the Pennines from Yorkshire to Lancashire, is the longest tunnel, involving a journey of some three hours. The highest point on the system is on the Huddersfield Canal which reaches 210m. The highest and longest aqueduct is the Pontcysyllte Aqueduct that carries the Llangollen canal in a trough supported on 18 arches some 300m across the River Dee in Wales at a height of 40m. Its sister, the Edstone is the longest aqueduct in England at 150m: these statistics represent an consequence of extraordinary ambition.

It was value engineering assessments that informed decisions such as whether to build 24 locks supported by their essential reservoirs along the shorter route, or acquire the necessary land to dig the longer canal passage required to circumvent the hills; or to choose instead those tunneling or aqueduct options with their attendant financial risks and dangers.

Just as impressive was the efficiency of the design work. Consider the dimensions: narrow boats are 2m across the beam, giving a clearance of just 0.15m each side in the narrower single locks that are most prevalent in the system. The aqueducts and tunnels are equally minimal in terms of dimensional tolerance and clearances, this being critical to the economics of construction. For those canal engineers, led by great names such as James Brindley, John Smeaton, Thomas Telford and John Rennie, value engineering was second nature to their discipline and needed no fancy name.

Despite the efficiencies of design, economics was to doom canal transportation in Britain, as indeed it later doomed freight transportation on our rail system. To understand why, you need to look at the essential driver of all economics within a free market system. Any investor, in principle, needs to see capital investment returned with maximum profit in the shortest possible time. It is then released for re-investment. Tie that capital up in raw materials being carried slowly to that factory, or finished products being hauled slowly to market increases the unit cost of the produce to a point where it is uneconomic.

That is why coal, before the canals, had to be sold within 15 miles of its source. That is why we use air transport so extensively today. That is why the canals, despite their incredible efficiency, in terms of fuel demands per ton/mile- transported, nevertheless became unviable. And that is why the demands of our modern economies wreak such carnage on our ecology.

Speed is essential to everything we do and will continue to be so – until its true environmental costs are properly understood and realistically factored into our global economics.

Paul Hyett is a founder partner in Vickery Hyett Architects