A soccer stadium for LA

Los Angeles is a region that’s going through immense change, so much so that at an awards ceremony this week a new soccer stadium won the top design prize.

Yes, you read that correctly, soccer. 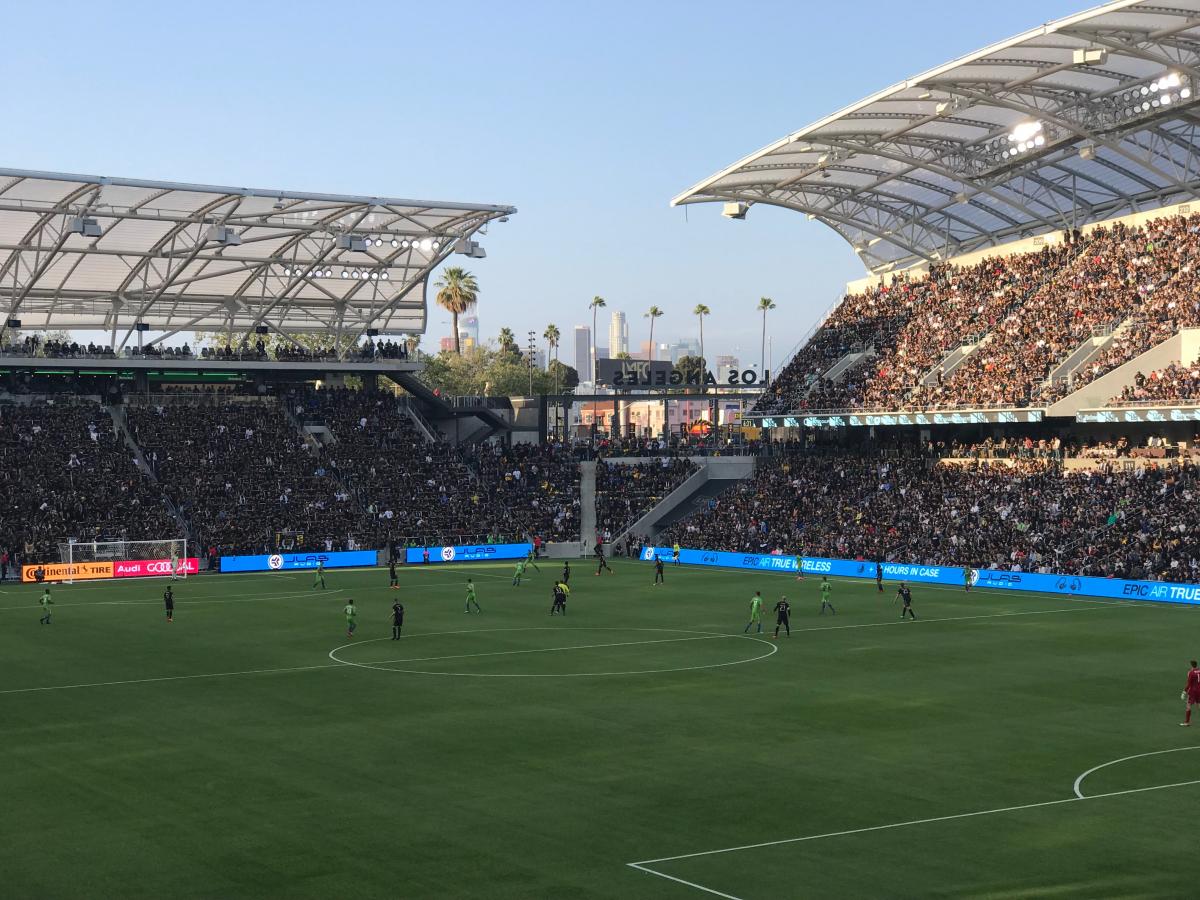 The Banc of California Stadium, designed by the design firm Gensler, opened last year near downtown Los Angeles, and its instant popularity attested to the impact of several decades of immigration -- from Latin America, Asia, the Middle East, Africa and Europe -- that has transformed LA from a baseball and (American) football loving city to one that embraces the global, beautiful game.

Its perhaps no surprise that Gensler tapped an in-house soccer lover, a Brit named Jonathan Emmett, to helm the design team. However, the story of its realization is a fascinating one of branding and marketing.

The Los Angeles Football Club, its Banc of California stadium and its team were essentially magicked into existence through a combination of Hollywood dream-making, new architectural technologies for showcasing design ideas, and very savvy cultivation of soccer fandom.

Emmett and team built a “soccer-specific” stadium, meaning relatively small (22,000 seats compared to 90,888 at the seat of LA football, the Rose Bowl) and with a steep, 34-degree rake. The seats at the pitch level are just 12 feet from the touchline.

But while planned to create a sense of proximity to the pitch and the players, the eye is drawn to distant views. The building has a swooping EFTE (translucent plastic) canopy over the seating areas that is peeled away at the corners to reveal framed views of downtown LA, the historic LA Coliseum, palm trees and of course, the bright blue Southern California sky.

At the north end of the stadium is the first safe standing area in North America - a space for more than three thousand energized fans to stand and cheer on their team. 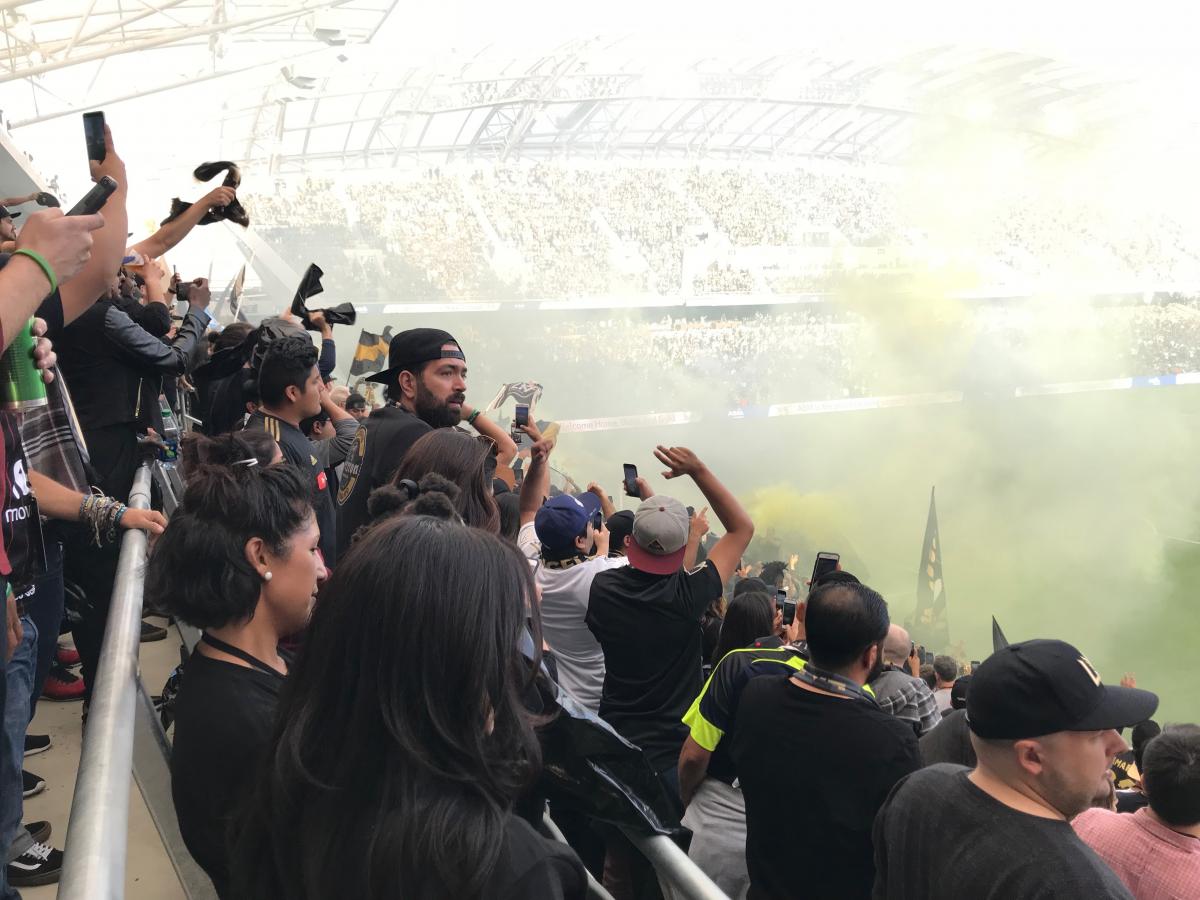 And here we get to one of the most intriguing aspects of the design process. When Gensler and the clients started work on the stadium, it was for a team that at that point didn’t exist.

There were no players, no coach, no manager, no logo, no team colors, just a plan to create a team by soccer enthusiasts and investors including comedian Will Ferrell, basketball player Magic Johnson and movie producer Peter Guber. Even the name -- Los Angeles Football Club -- was initially a placeholder.

So, from the start the owners cultivated a fan base of support clubs -- soccer fans who had supported other LA-based teams -- who were committed to the idea of team that would represent the city.

These support clubs became part of the design process. They met with the architectural team at Gensler LA many times over three years, and put on VR headsets to “experience” the stadium and offer more feedback.

Out of this came a wish-list including a kids’ zone, good food that reflected LA, the safe-standing section and the straightforward team name.

Emmett says they also used VR to sell the stadium and the team to investors and to prospective players.

Furthermore, he says the layout of the stadium was shaped by the Hollywood background of the ownership team, who wanted, says Emmett, a “processional” approach to the conception of the building. 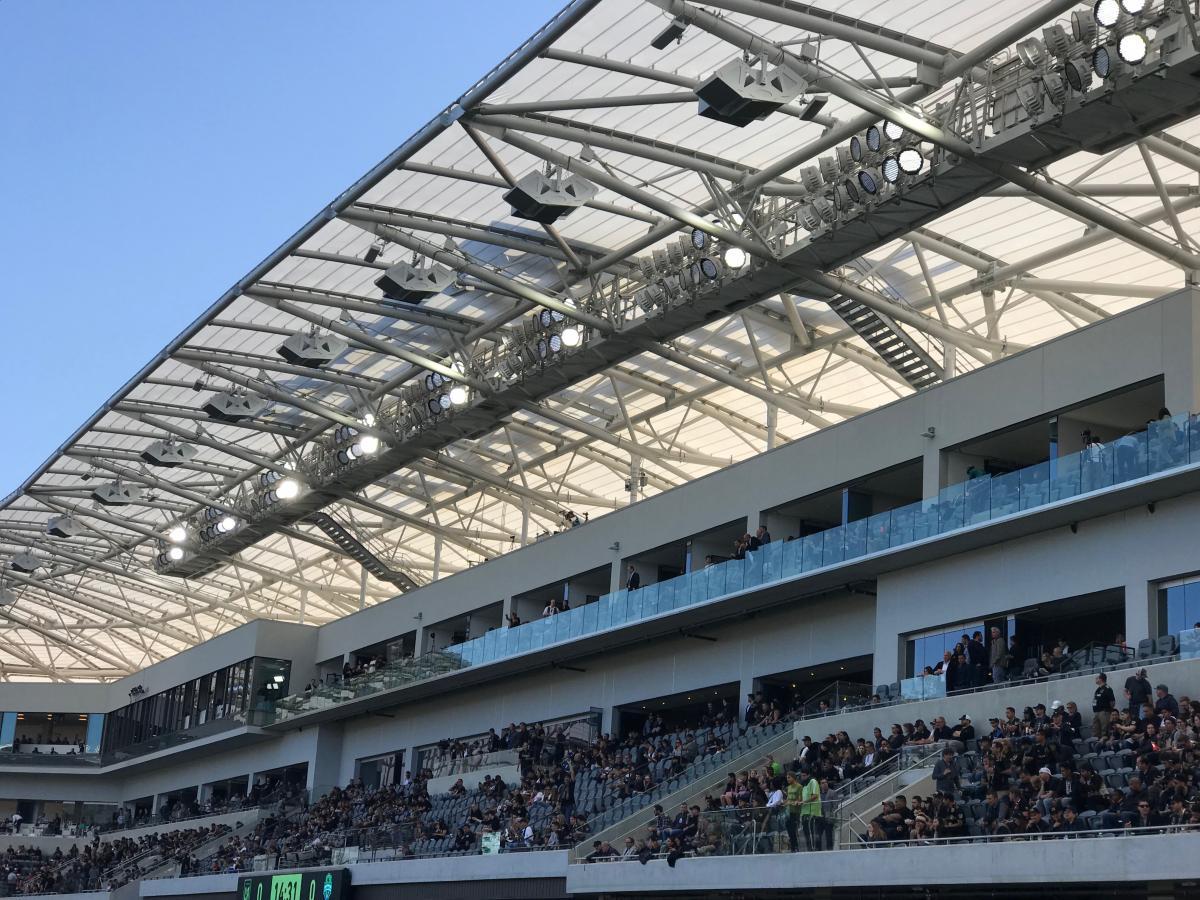 On opening day last, this writer joined some of the fans in the standing section and as they watched Will Ferrell release a ceremonial hawk into the air, supporter Marco Sanchez said the finished result is just as they had dreamed of, or as he put it, it is “A1 legit.”